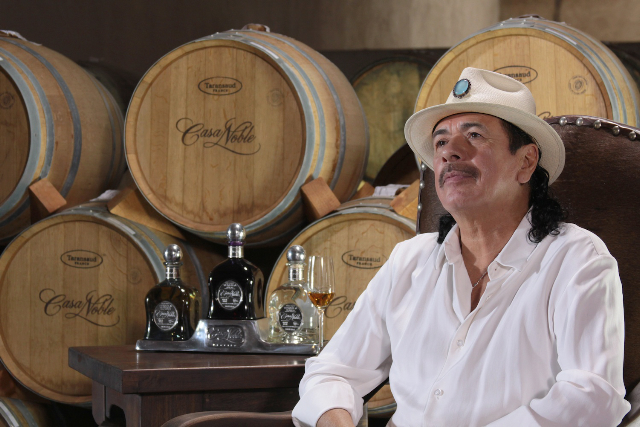 Carlos Santana seated next at Casa Noble next to the Crystal, Reposado, and Añejo Tequilas

Jose Hermosillo, Chairman and CEO, Casa Noble Tequila contacts BourbonBlog.com this morning from Mexico to share that music icon Carlos Santana has joined the Board and is now one of the owners of the brand. This new organizational change will allow Santana to be involved in the continued development of the brand which is already recognized as one of the finest handcrafted spirits in the world. Watch the video on BourbonBlog.com below of Carlos Santana speaking about the Tequila.

“Santana’s love for the spirit of Casa Noble and his commitment to this new partnership is exciting for everyone involved with our brand,” Jose “Pepe” Hermosillo tells us. “Santana’s personal philosophy of quality and integrity in the pursuit of perfection is synonymous with the Casa Noble brand of fine ultra premium Tequilas.”

The linkage between Casa Noble & Carlos Santana is expected to create broader recognition that Casa Noble’s triple distilled, organically certified tequila is truly one of the finest ultra premium spirits. Watch BourbonBlog.com‘s recent interview with Jose Hermosillo in video at the bottom of this post as he explains more about the Tequila

“We have been exploring this partnership for some time. This is a natural synergy; Casa Noble Tequila is deeply rooted in the pursuit of quality, craftsmanship and tradition. Santana through his life and his music has dedicated himself to those same values which are the key motivators behind this alignment,” says Hermosillo.

“We have come together because I love the Tequila,” Carlos Santana tells BourbonBlog.com. “Passion, dedication and integrity is what attracted me to Casa Noble Tequila. I feel at home with my new family at Casa Noble. They strive for excellence and don’t take shortcuts. Just like the music of Santana, one note or one drop…they are the same thing. You have to feel each note from your heart. Casa Noble and my family have the same origin— Jalisco, Mexico. My family roots date back to the 1700’s in Jalisco. My father is a Huichol Indian. When I visited the distillery, I immediately felt spiritually connected to the Hermosillo family and Casa Noble.” 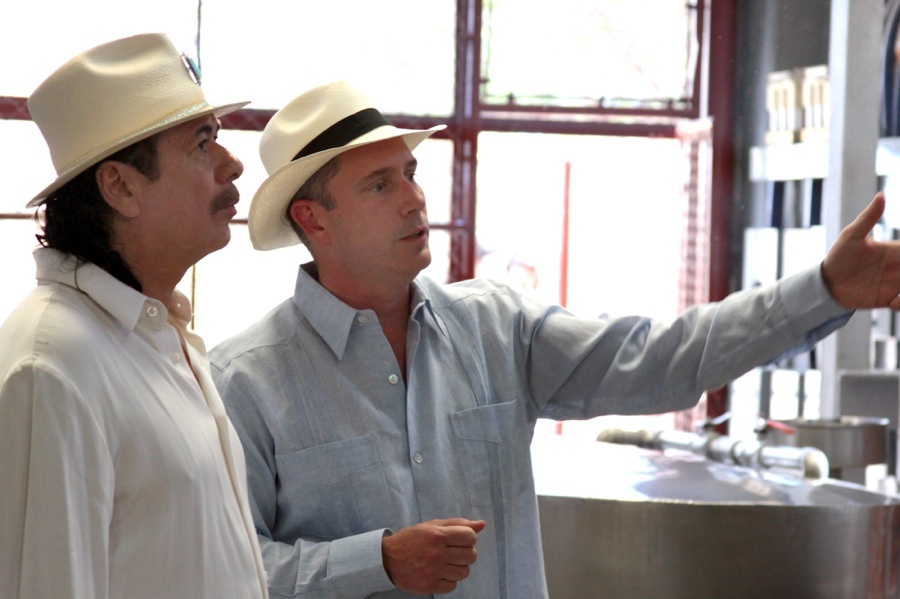 While the details of the deal were not made public, the partnership for Mr. Santana shares ownership in the company and a long-term commitment to the continued growth of Casa Noble and its family of fine ultra premium tequilas. “We anticipate Santana’s fans all over the world will share not only his passion for music but also his passion for Casa Noble Tequila,” said Hermosillo.

Casa Noble represents the pride, passion, and quality commitment of more than 200 years and over 7 generations of tequila production. The Casa Noble family of Single Estate Organic tequilas—Crystal, Reposado, and Añejo— has a rich history that has earned them a position as one of the finest ultra premium spirits portfolios in the world, which are exported to over 23 countries worldwide

Casa Noble is produced on a family owned distillery that can trace it’s roots back to 1776 along the hillsides of Jalisco surrounded by citrus and mango trees, which are integral to the tequila’s unique taste profile. This tequila is harvested, distilled and bottled on the private family estate that boasts over 6,500 acres of land and more than one million blue agave plants.