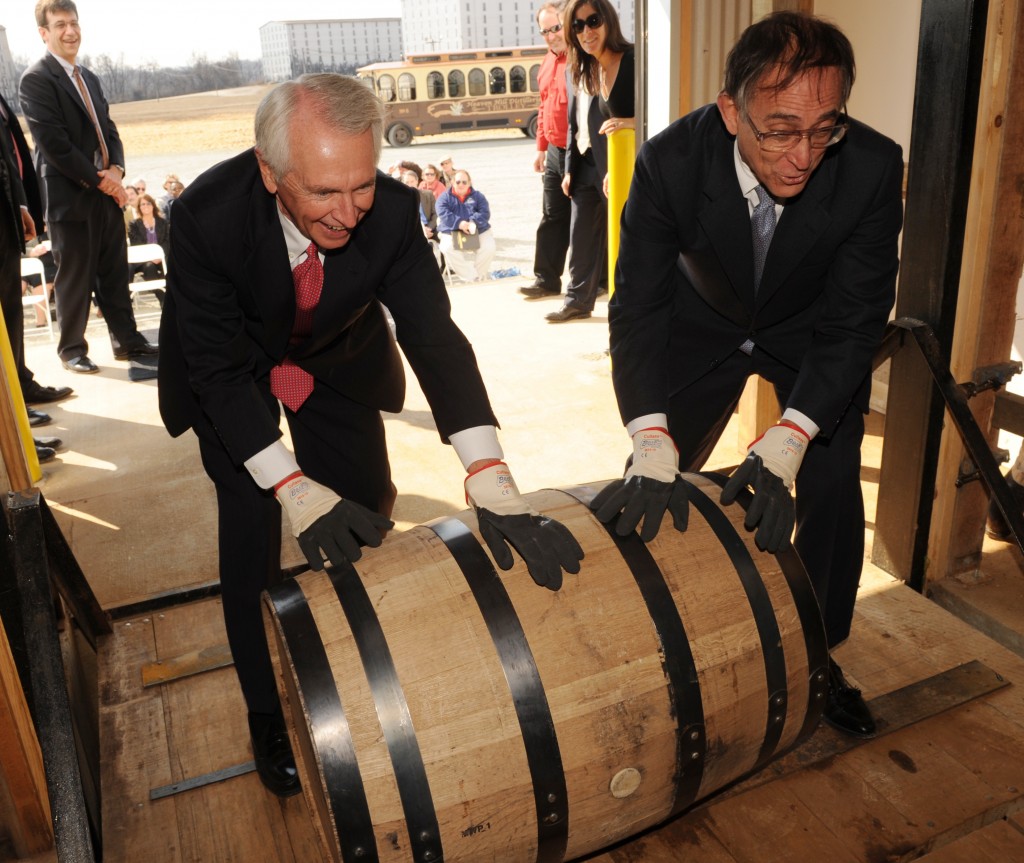 Heaven Hill, producers of such renowned American Whiskey brands as Evan Williams Bourbon—the second largest selling Bourbon brand in the US and the world—Elijah Craig Bourbon, Old Fitzgerald Bourbon, Rittenhouse Rye and Bernheim Original Straight Wheat Whiskey, required the additional barrel storage to accommodate the growth in the company’s sales and whiskey production. For the first time in 2010, Heaven Hill produced more barrels of American Whiskey and Bourbon than any other American distiller. With 49 warehouses in Nelson and Jefferson Counties already filled to the capacity with aging whiskey, the company met the need for additional barrel storage facilities with the construction of two new rickhouses, increasing the company’s barrel storage capacity by an additional 40,000 barrels.

Heaven Hill just recently filled the company’s 6 millionth barrel of fine Kentucky Bourbon in December, thereby becoming only the second continuously operating distillery in the country to do so.

In helping Heaven Hill President Max L. Shapira cut the ribbon and roll in the first 53 gallon, 500 pound barrel, Governor Beshear noted that “Kentucky is internationally known for its rich heritage in the Bourbon industry and this latest expansion at Heaven Hill further enhances that reputation. The Commonwealth is pleased to partner with one of its signature industries to make these investments possible.” The Kentucky Economic Development Finance Authority had previously approved Heaven Hill Distilleries for tax benefits through the Kentucky Enterprise Initiative Act, which allows approved companies to recoup state sales and use tax on building and construction materials.

Heaven Hill President Shapira stated that the company “is extremely pleased to be dedicating our new rickhouses, not only because of the growth in our Bourbon and American Whiskey business that has necessitated this expansion, but also because of the positive impact this has on Bardstown, Nelson County and the Commonwealth.”

Beshear and Shapira were joined by local and state dignitaries, as well as executives from the family-owned company and Heaven Hill’s 7th generation Master Distiller, Craig Beam, for the ceremony. The new warehouse, along with Rickhouse “I” that was completed in December, will be filled in short order to accommodate the demands for Heaven Hill’s products, and will join 18 other rickhouses at the company’s Bardstown facilities and another 29 rickhouses throughout Nelson and Jefferson Counties.

Guests gathered at the Heaven Hill’s award-winning visitor’s center, the Bourbon Heritage Center, and were shuttled out to the warehouse site for the dedication aboard the Heaven Hill Trolley, which is a well-known sight year round throughout Bardstown as it carries riders to all the area’s major attractions.