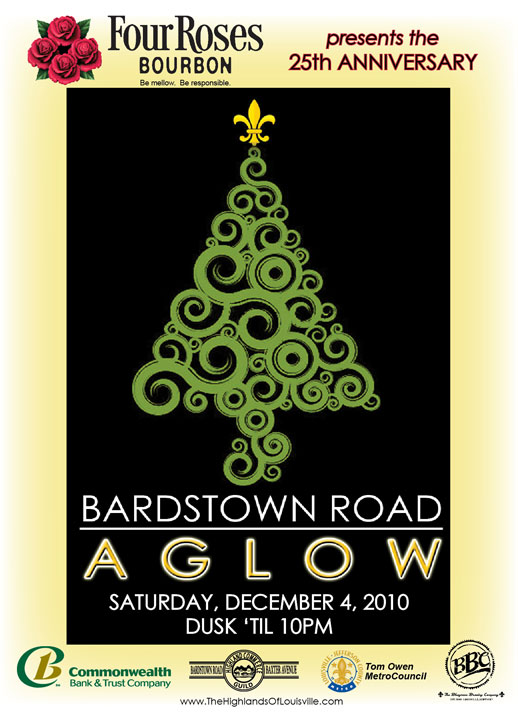 Four Roses tells BourbonBlog.com that some of Louisville’s best bars and restaurants along Bardstown Road and Baxter Avenue are mixing up holiday-inspired cocktails for the chance of being named champion in Four Roses’ first ever Holiday Bourbon Battle.

The competition kicks off Four Roses’ title sponsorship of the 25th annual Bardstown Road Aglow in the Highlands. Guests of the competing restaurants and bars will have the opportunity to vote for their favorite holiday-inspired bourbon cocktail by text or email.

Each participating restaurant/bar will develop its own signature holiday cocktail made available for the public to taste and vote the week before Bardstown Road Aglow now through December 4.

Restaurant winners will be announced the week of December 6. The bartender credited with the recipe of the winning holiday bourbon cocktail will be rewarded with $500 cash, an engraved Four Roses decanter and a plaque for his/her restaurant.