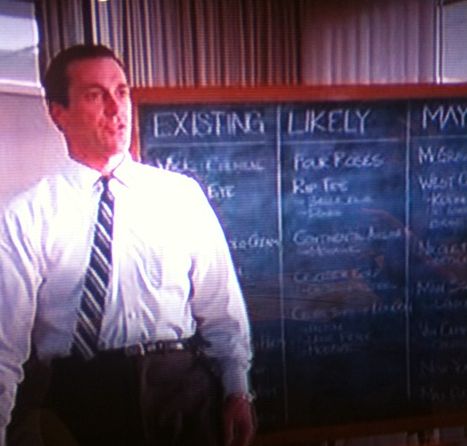 Four Roses Bourbon was featured in a recent episode of AMC’s Mad Men. In this screen shot taken from the popular series set in the 1960s, you will see that Four Roses is listed on the blackboard at the top under the column of “likely clients.”

Now, look at this famous photo you’ve seen many times below. This is Alfred Eisenstaedt’s V–J day in Times Square in 1945. I don’t blame you if your eyes are focus on the kiss, but look up and in the middle at the top of the that sign in Times Square. Ahh..you will see it is a sign for FOUR ROSES. 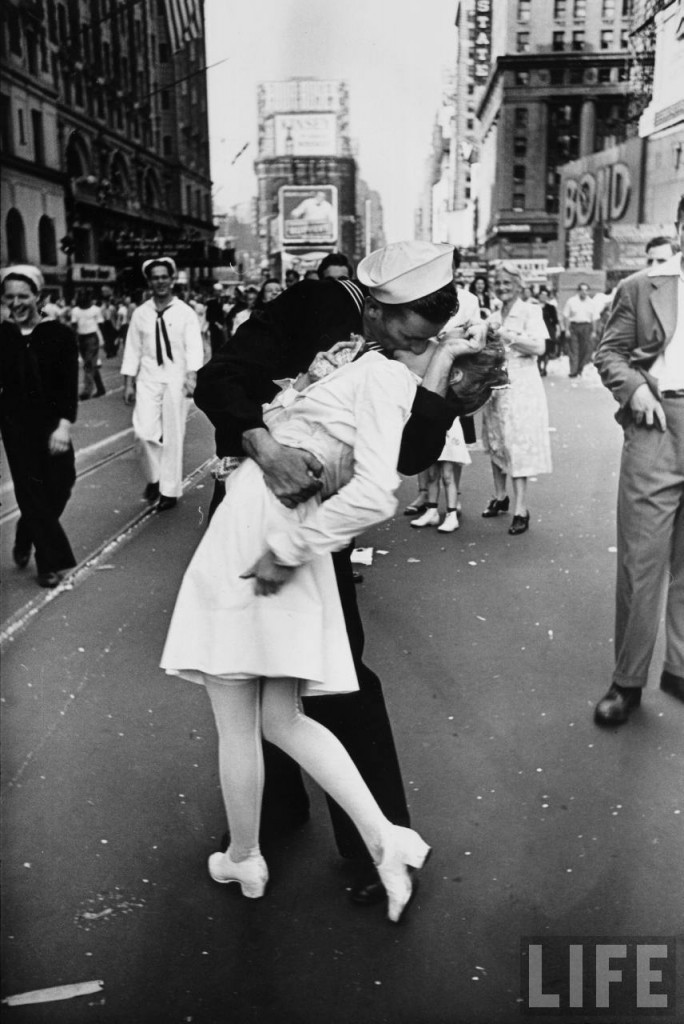 BourbonBlog.com thanks Nick Clark for the story on Four Roses being featured on Mad Men.

One Response to “Four Roses Bourbon Featured on Mad Men”