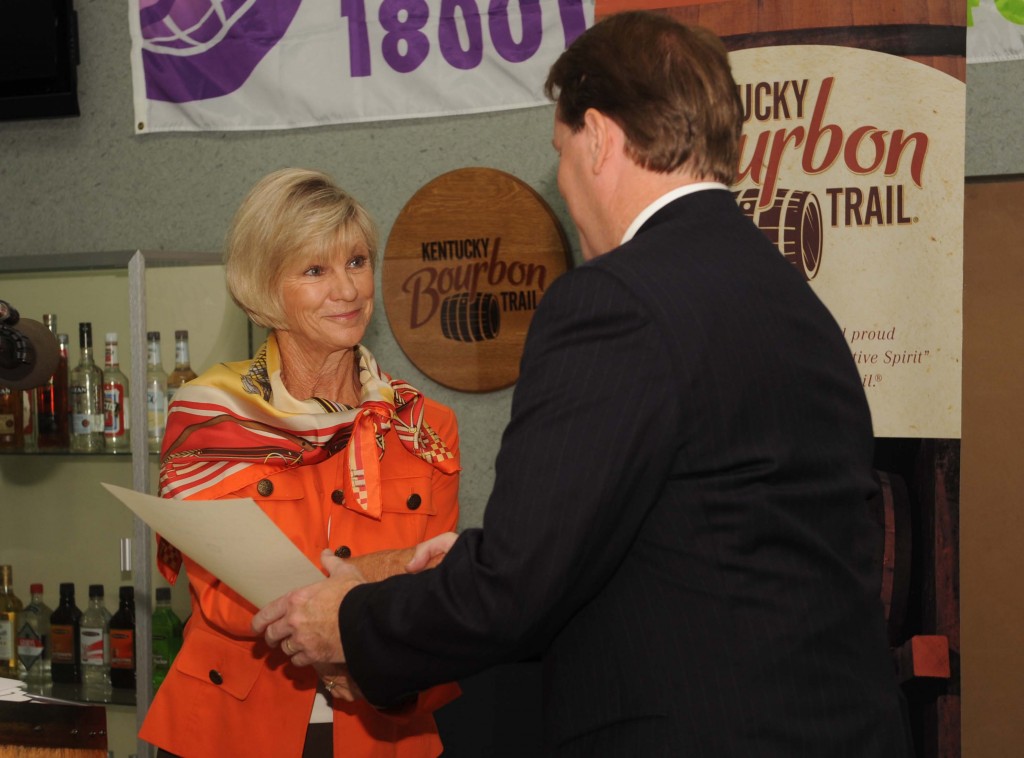 First Lady Jane Beshear today unveiled the first of a series of brown highway signs that will direct visitors along the Kentucky Bourbon Trail to the famed distillers of the Kentucky Distillers’ Association.

“Today we celebrate a signature industry that has helped define Kentucky’s unique heritage for more than 200 years,” Mrs. Beshear said during an unveiling ceremony at the Jim Beam Brands distillery in Frankfort.

“Kentucky bourbon is an economic mainstay for our Commonwealth,” Mrs. Beshear said. “The distilling industry is responsible for nearly 10,000 jobs with an annual payroll of $442 million and annual tax revenue of $125 million. Kentucky’s distilled exports reach more than 125 countries and amount to more than $1 billion a year.”

“The annual Kentucky Bourbon Festival already draws visitors from around the world every September,” Mrs. Beshear said. “Thousands more will be coming to Kentucky for the Alltech FEI World Equestrian Games. Maker’s Mark is a sponsor of the games, and the Kentucky Bourbon Trail will be a natural and unique attraction for our visitors.”

Eric Gregory, president of the Kentucky Distillers’ Association (KDA), which created and coordinates the Kentucky Bourbon Trail, thanked the Governor and Mrs. Beshear for their continued partnership and support of the Commonwealth’s signature bourbon industry.

“Kentucky bourbon is an integral part of the state’s tourism and economic development success,” EGregory said. “Our legendary distilleries are breaking attendance records every year. These new signs will help direct more travelers to our members’ historic facilities and provide a significant boost to their local communities and economies.”

Mrs. Beshear also announced today that the Kentucky Bourbon Trail already has shattered last year’s record number of people who visited all distilleries and returned a completed “Passport” to the KDA. Last year’s record was 2,966; through Monday, that number for 2010 was 3,797 – and counting. Every visitor who completes the Kentucky Bourbon Trail receives a commemorative T-shirt from the KDA.

In addition to noting the importance of Kentucky’s distilling industry to the Kentucky economy, Gov. Beshear’s proclamation commends the industry for its “continued efforts to promote responsible consumption of alcohol and to eliminate drunk driving and underage drinking.” 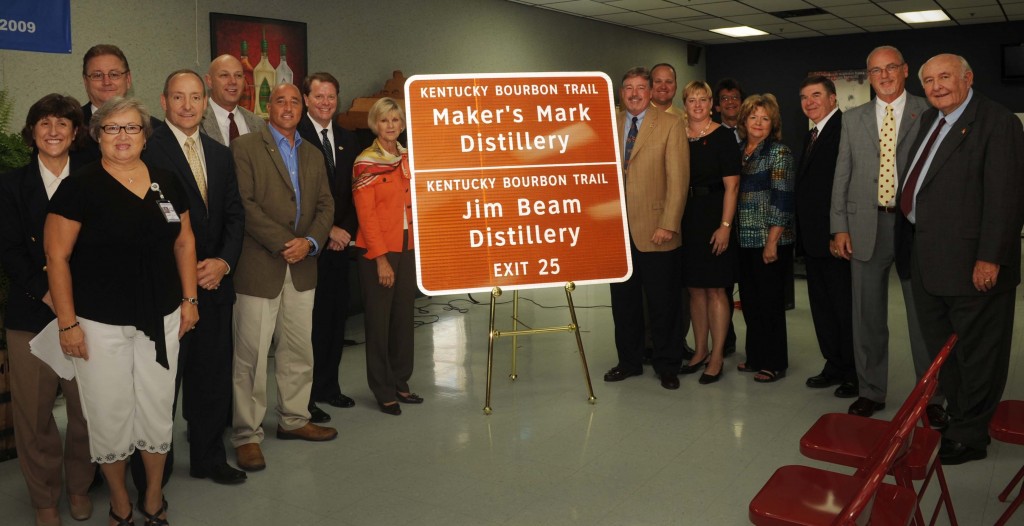