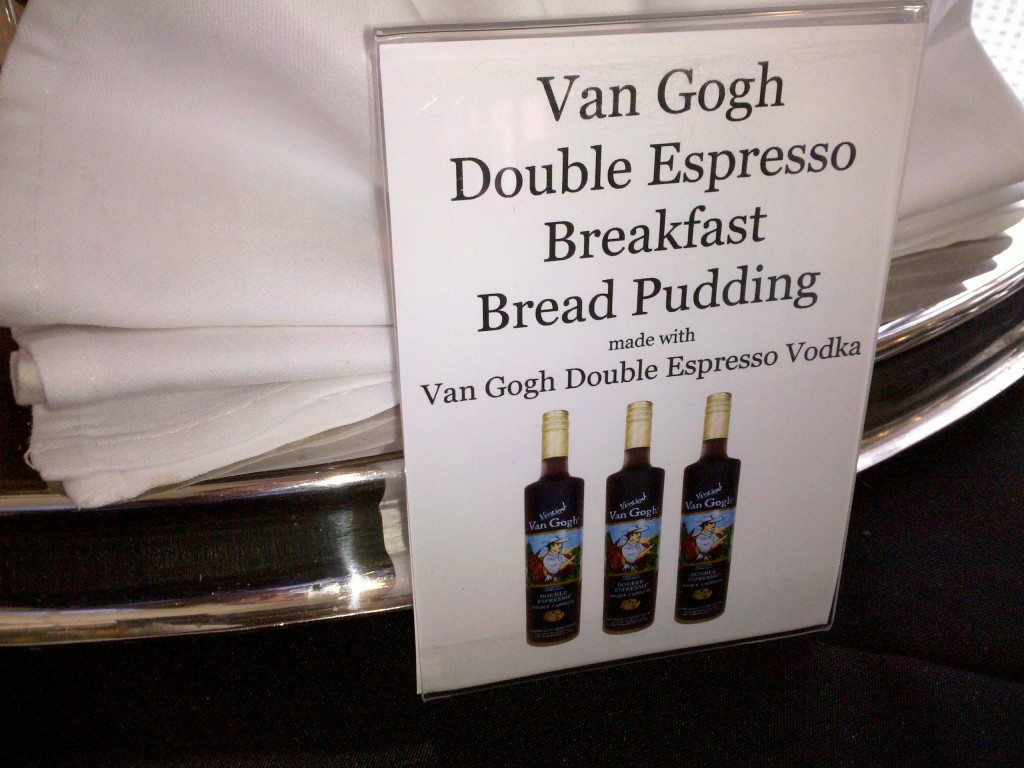 What do you get people who already have everything? Fine spirits, of course and a another start to a day like none other at Tales of the Cocktail! This morning began with a light continental breakfast accompanied by Abuelo Aged Rums and the Van Gogh line of infused vodkas (the double Espresso is a personal favorite in White Russians.)

I chose to partake of the Ron Abuelo 7 Años Añejo Rum year as a sidecar to my chicory-laced coffee. I felt as if I had made the best pairing in the room. Almost smug in my satisfaction, I peered over at BourbonBlog.com‘s Tom Fischer pouring just a touch of the Van Gogh Caramel into his coffee and enjoying his Van Gogh Double Espresso Breakfast Bread Pudding. Then I wasn’t so sure.

It would seem they paired the brands with the breakfast- not the other way around.

The early-mid afternoon this day involved business meetings for the Bourbonblog.com team. Nothing to see here, folks- kindly move along. For us all, this is a passion- yet I suppose you have to keep the lights on. The fortunate aspect of this scheduling is that we were able to save up energy for the evening’s festivities. Looking back, I think we needed it.

Late-afternoon, we enjoyed the hospitality of the Russian Standard team at their event. Having a comfortable relationship with this brand since their U.S. release, I can tell you they are exactly who they set out to be- in product quality and image projection. Vodka made according to the original crown dictate developed by Medelev (the gentleman responsible for the periodic table,) it is produced from a lake of ancient glacial water. They have two primary tiers in the states: the call-price point tier is similar to Absolut in expression and does well mixed. The super premium, ‘platinum,’ is amongst the world’s finest in my opinion. I hyper-chill mine stirred in a shaker with dry ice, strain it, and serve it exceptionally cold with the mist rolling over the glass. The smoke is garnish- anything else would be blasphemy.

Our Executive Producer took this moment to call for an hour moratorium on work and nobody argued. We scrambled in different directions, each with their eye on a different prize. I knew I had to drop by ’99 Degrees in the Shade-‘ a pool party hosted by Bridget Albert and Todd Appel. The featured class of drinks, frozen- as cool as the clientele if I say so myself. The Monteleone’s pool area was absolutely packed. So busy that when I asked Bridget what they were serving, she jokingly exclaimed, ‘I’m out of product- they’re just bringing me stuff to freeze now.’ I laughed and enjoyed the Pama-laced concoction fresh out of the blender.

You’d never have known it was an ad-hoc-on-the-fly-improvisation. Delicious! 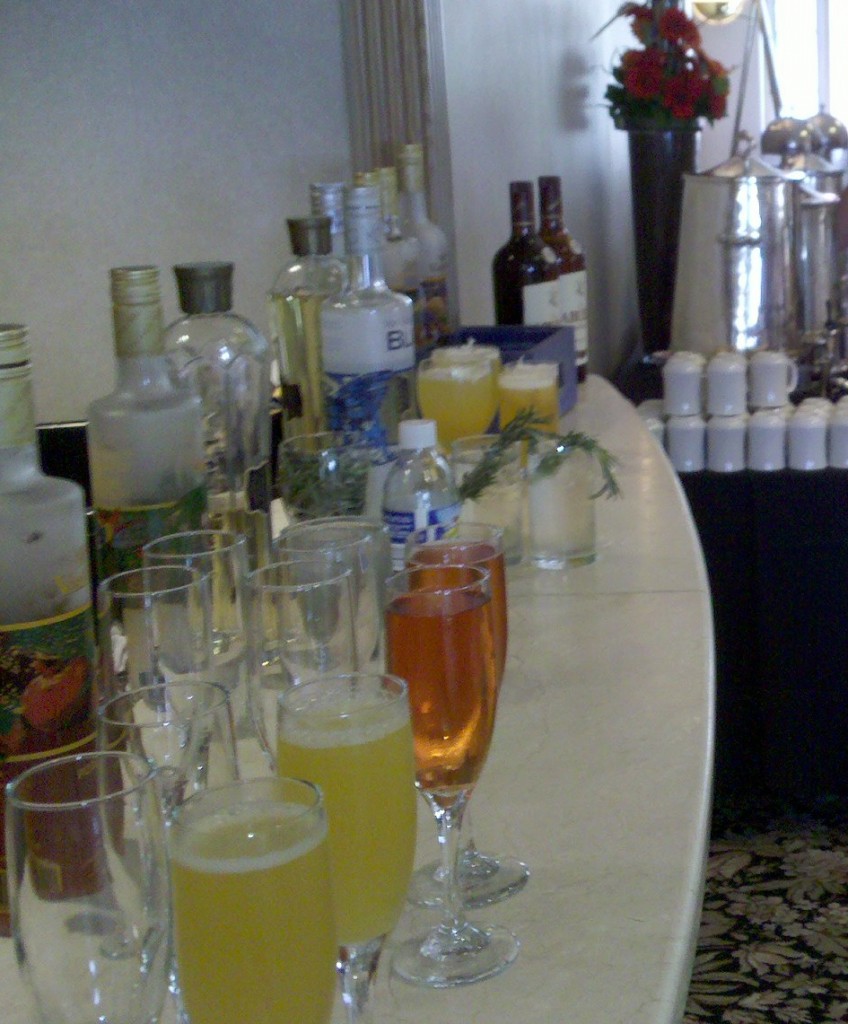