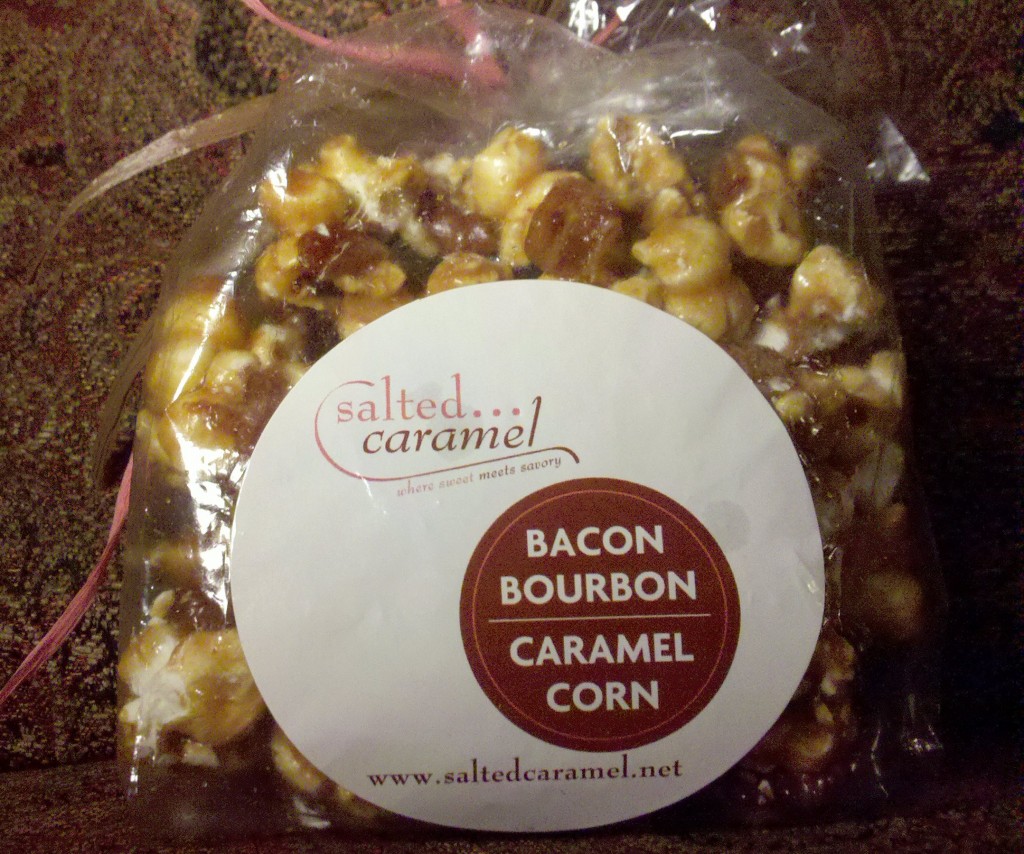 What was once an underground trend that had the shock value of, “Did he just say he put some bacon in that Bourbon whiskey?” has now found it’s way to Bacon Bourbon Caramel Corn by Salted Caramel of Chicago.

The Bourbon whiskey intensifies the richness of the caramel, and balances the saltiness of the bacon in this Caramel Corn. A bold flavor, some sweetness rounded by everything else in there. I’m including a closeups below so you can see the  meat the put in the bag!

A little background on this…Ginna Haravon, professional chef and confection visionary, created Bacon Bourbon Caramel Corn when prompted by a Superbowl challenge in 2007. When planning the party menu, Ginna’s friends elected Ginna the lucky one to create an edgy bacon caramel corn. Desiring to bring the sweet & savory treat to the next level, Ginna added bourbon. In 2009, Chicago start-up Salted Caramel proudly introduced Bacon Bourbon Caramel Corn to the nation. 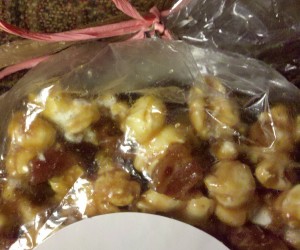 BourbonBlog.com recommends this to the Bourbon, bacon-munching loving nation. So order some by visiting this link.

Also, if you want a drink that packs the bacon in with the Bourbon, try Lance Mayhew’s Bacon Old-Fashioned..