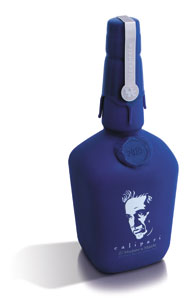 University of Kentucky Men’s Basketball Head Coach John Calipari will appear on a limited edition Maker’s Mark bottle expected to be available beginning April 2. Marker’s Mark, the University of Kentucky and Keeneland unveiled a limited-edition bottle of the world-famous bourbon this afternoon presenting the bottle as seen pictured to to left.

Marker’s Mark tells BourbonBlog.com they plan to produce 24,000 bottles bearing Calipari’s face on the blue dipped bottle. They will likely sell for about $49 each, and Maker’s Mark will donate proceeds from the sales — estimated to be about $300,000 to an extension program that is bringing the UK Symphony Orchestra and students from the UK School of Music into public schools and communities throughout Kentucky.

Maker’s Mark President Bill Samuels Jr. tells BourbonBlog.com, “John Calipari brings so much excitement to Kentucky and he deserves to be honored for the phenomenal results he achieved with the men’s basketball program in such a short period of time.”

In his first season at UK, Calipari has coached the Wildcats to their 2,000th win and their first No. 1 ranking since 2003.

Since 1997, Maker’s Mark has released a limited-edition bottle, with proceeds benefiting various UK projects. This will be 2010 edition of the Maker’s Mark “Most Beloved” series,

This is the second year that proceeds will support the UK Symphony Orchestra and the School of Music’s outreach program to visit third- and fourth-graders across the state. 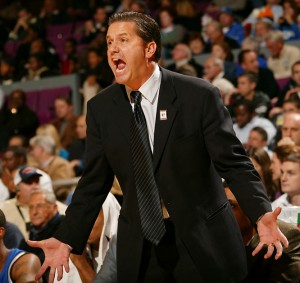 Maker’s Mark made a three-year commitment to the music outreach program. If all the 2010 bottles sell, they will probably raise about $300,000, Bill Samuels Jr. tells BourbonBlog.com. He hopes to find matching grants that could raise $1.5 million to $2 million over the three years for the outreach program.

The Maker’s Mark funds will go to establish an endowment fund to guarantee the future of the program.

There is a bottle signing is scheduled for April 9, 2010,  the day of the Maker’s Mark Mile. It will be held trackside at Keeneland in Lexington, Kentucky with Calipari, Bill Samuels Jr. and Keeneland President and Chief Executive Nick Nicholson in attendance.