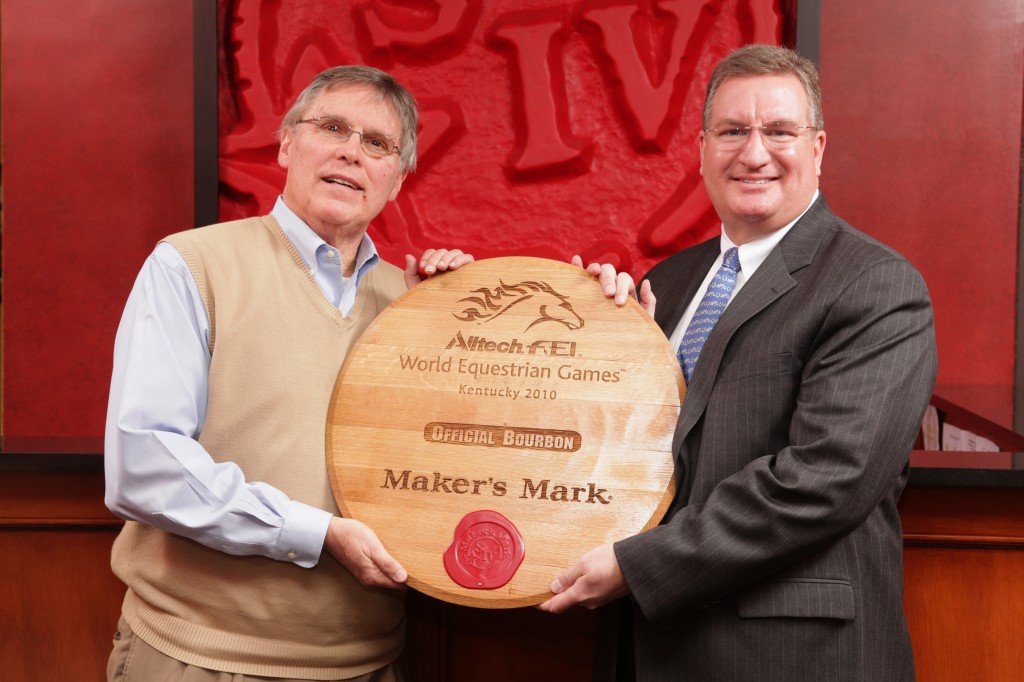 Maker’s Mark has been named the official bourbon of the 2010 Alltech FEI World Equestrian Games. The Games will make their American debut Sept. 25 – Oct. 10, 2010, at the Kentucky Horse Park in Lexington, Ky.

“Our Maker’s Mark traditions and heritage are rooted in Kentucky, which is why we’re so thrilled to be a partner of the Alltech FEI World Equestrian Games,” Bill Samuels Jr., president and chief executive officer of Maker’s Mark tells BourbonBlog.com. “Bourbon and horses are a natural pair – especially in Kentucky where their histories run deep. We’re looking forward to making our ‘mark’ on the games.”

Kentucky First Lady Jane Beshear also noted the significance of the Alltech FEI World Equestrian Games’ announcement. “Bourbon is a part of the fabric of Kentucky and Maker’s Mark is a world-class spirit,” she said. “It’s only fitting that they are part of this international event that showcases our wonderful Commonwealth.”

The Alltech FEI World Equestrian Games are the world championships of eight equestrian disciplines recognized by the Federation Equestre International (FEI) and are held every four years. The Games have never before been staged outside of Europe, nor have all eight disciplines competed at a single site – both firsts that will be achieved at the Kentucky Horse Park in Lexington.

“Having the Games’ American debut held right here in Kentucky makes this an historic occasion,” said Terry Johnson, vice president of sales for the Foundation. “We’re proud that Maker’s Mark is part of an event that not only has worldwide recognition, but will also have a very positive economic impact on the state of Kentucky.”

Maker’s Mark will sponsor the Games’ main hospitality tent that will be visited by thousands of horse and bourbon enthusiasts from around the world. The tent will feature the “world of bourbon” and include a wide variety of brands.