Beer, Bourbon and BBQ are three American favorites that you may have consumed all in the same weekend, but how about in one delicious and hearty drink?

For more unique cocktail recipes, subscribe to our free newsletter on this link. 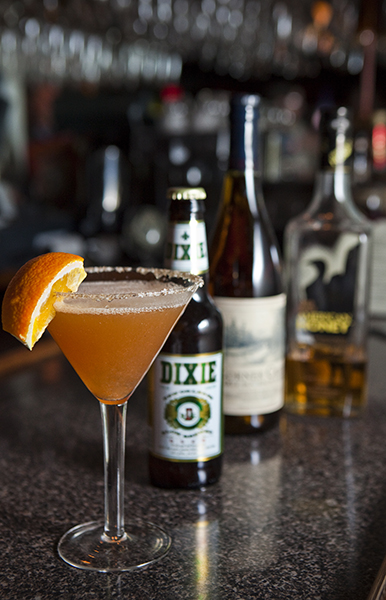 For the BBQ Water

Whisk until incorporated. Let sit to cool or refrigerate.

How to make the cocktailr

Combine 2 oz. of your favorite Bourbon, 1 oz. honey-infused Bourbon, and a 1/4 oz. of BBQ Water and squeeze of a quarter of an orange in cocktail shaker and shake over ice.

Strain and pour into martini glass. Dry shake a fourth of a bottle of Hefeweizen beer (hold tight to shaker as carbonation may cause shaker to explode). Spoon beer foam over top of the cocktail to garnish.

We originally invented this cocktail to celebrate the Beer, Bourbon, and BBQ Festival in Manhattan where Tom Fischer often appears to make presentations and hosts tastings.

Special thanks to our BourbonBlog.com Mixologist Stephen Dennison.

Thanks to Dave Allen of Varanese Restaurant, Louisville, Kentucky.

One Response to “World’s First Beer, Bourbon and BBQ Cocktail from BourbonBlog.com”