We recently met filmmaker/photographer Steve Weiss who filmed over 100 videos for Jim Beam Brands from the late 1980’s to late 1990’s. Steve shares this 1993 video below spotlighting the late Booker Noe. With interviews with then Jim Beam Master Distiller Booker Noe and his son Fred Noe, the video was made for the theater at the Jim Beam Distillery. For all those who only know Booker through his son and by drinking Booker’s Bourbon and those who knew him, we thank Steve for sharing this piece of Bourbon history! 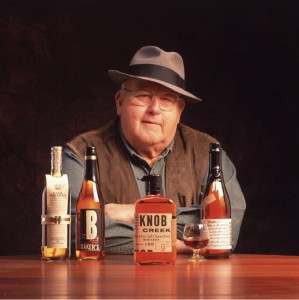 Booker Noe (1929–2004) was the grandson of Jim Beam and 6th generation Master Distiller. In 1987, Booker introduced his own namesake bourbon, Booker’s, the world’s first uncut, straight-from-the-barrel bourbon, and the first of the Small Batch Bourbon Collection which also includes Basil Hayden’s, Baker’s, and Knob Creek.

From the late 1980’s to the late 1990’s I made over 100 videos for Jim Beam Brands. I helped them document the 200th anniversary, the Small Batch Collection, DeKuyper, The Dalmore, Vox and more. But what I enjoyed most was being in Bardstown hanging with Booker and his family. Booker was so nice to us and welcomed us into his house. We really tried to capture the spirit and heritage of Jim Beam, Booker & Freddie. As a director, the land, the rack houses, the smell of the air and the history are very difficult things to convey in a video. I hope we did them justice. This video was about 25 days of shooting over several months, and months of editing after that. I’m very happy with how it came out. As my friend Booker said, “Bourbon is the American Spirit, made in America, by Americans, now here’s looking at ya” Enjoy!
Dedicated to Booker Noe
Steve Weiss, Director
weissfineart.com
zacuto.com

One Response to “Booker Noe, the Bourbon Legend, Video from 1993”