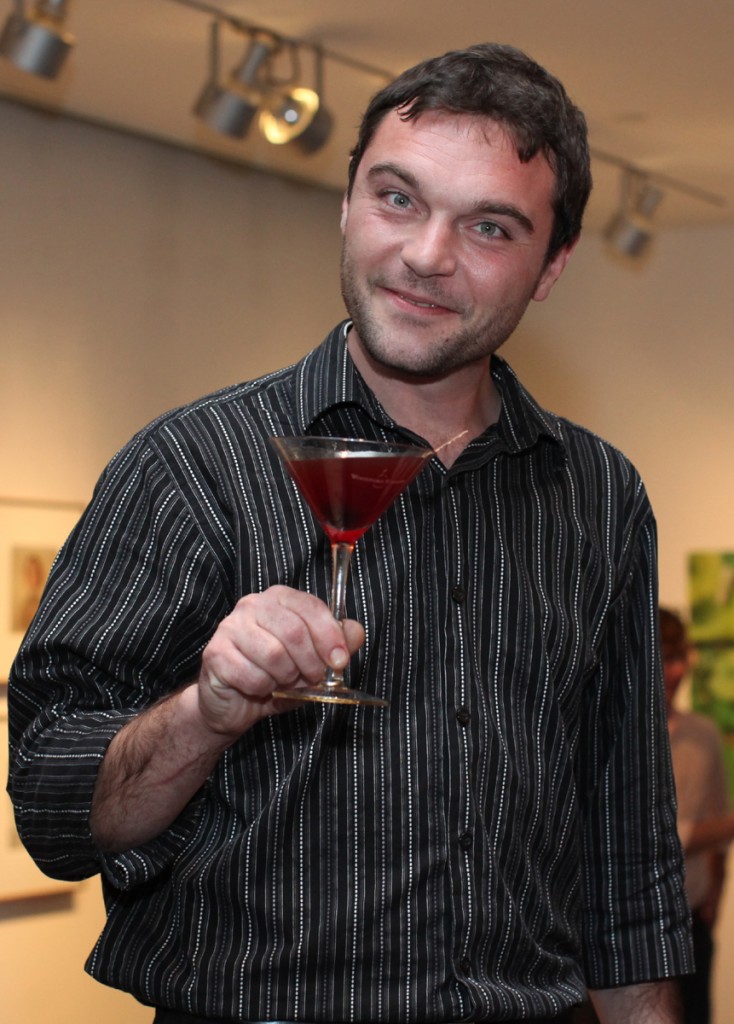 Tonight, BourbonBlog.com’s Matt Capucilli attended the Woodford Reserve Manhattan Experience finals with a front row seat with Master Distiller Chris Morris in New York City to watch Jeromy Edwards become the “Master of the Manhattan.”  Read Matt’s article here on this link on BourbonBlog.com.   BourbonBlog.com is in New York because this search has just come to an end.  Woodford Reserve bourbon and Esquire magazine have  crowned Jeromy Edwards from Louisville, Kentucky and his “Cider Manhattan” as the “Master of the Manhattan” for 2009.  BourbonBlog.com has been following this story and sharing other Manhattans that were entered in our recipes portion before this one was declared the best.

During the competition tonight at Soho Mews, Jeromy Edwards’ cocktail was reviewed by a distinguished panel of experts along with the seven other bartenders creations from across the country. Edwards and the other participant’s cocktails were critiqued on creativity, ingredients, presentation and taste. The judges included Woodford Reserve Master Distiller Chris Morris, Executive Chef Christopher Lee, Mixologist Julie Reiner and Spirits Journalist Jack Robertiello.

“There was some stiff competition from the other bartenders and I didn’t expect to win, but the judges told me they thought my drink really stood out,” Edwards told us. “The whole time in New York was exceptional and I want to thank Woodford Reserve and Esquire for an amazing experience.”

Flambée cherry in the martini glass, allowing it to caramelize. Place drink in shaker and turn, don’t shake. Pour into glass after it has cooled.

Special thanks to Woodford Reserve’s Chris Morris and Svend Jansen for inviting BourbonBlog.com to New York.