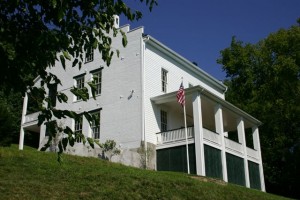 The members of the Old Pogue Distillery, LLC tells BourbonBlog.com they have just acquired the historic Ryan – Pogue House in Maysville, Kentucky, a Registered Kentucky Landmark and listed on the National Register of Historic Places. The Old Pogue Distillery also plans to move their corporate operations to the home, furnish it with original distillery items and open it to the public for tours and special events from time to time.

The Pogue House was built in 1845 and is located on the hillside above the Ohio River in Maysville, Mason County, Kentucky, formerly known as Limestone Landing. By most historic accounts this area is credited as the “Birthplace of Bourbon” whiskey. At the end of the 19th century and before Prohibition Maysville boasted numerous distilleries of which the Pogue Distillery was the largest.

The Pogue House overlooks the site where the Pogue Distillery was located on the banks of the Ohio River for eight (8) decades before ceasing operations in the 1950s. The Pogue home was originally acquired in 1890 by H.E. Pogue II, and was known as “Star Terrace”.

“This is truly hallowed ground for our family,” said John P. Pogue, Sr., the 84 year old patriarch of the Pogue family, who owns the Old Pogue “Master’s Select” Kentucky Straight Bourbon Whisky brand. “We never imagined that we, as a family, would once again grace the soil where generations of our forefathers lived while working in the Pogue Distillery,” the elder Pogue said. John P. Pogue used to visit the home frequently as a child and accompany his father to the distillery.

“What Mr. Breen has accomplished here is truly remarkable,” Dr. Pogue related. “Fifteen years ago this house was sliding down the hillside.” The Pogue
homestead has been restored to its original state when owned by H.E. Pogue II, and Dr. Pogue’s father, H.E. Pogue III. In 1845, the prominent Maysville hemp merchant Michael Ryan built the Pogue House in the Greek revival style.

BourbonBlog.com will continue to follow this story and we thank Peter Pogue and Paul Pogue for bringing this story to us and for the photos. 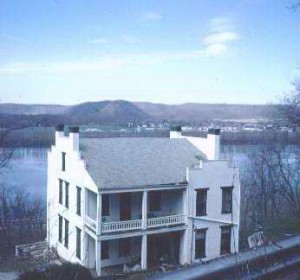 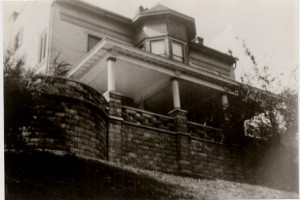 Photo from the early 1900's of The Pogue House