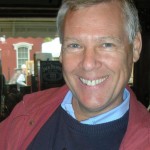 Bourbon and Kentucky go together as naturally as jockeys and horses. Kentucky is the birthplace of bourbon where corn, sour mash and charred oak barrels all came together to deliver a new and outstanding whiskey to the world. Yet just over a hundred years ago Kentucky had slipped to fourth place in spirit distilling volumes, beaten by Illinios, Indiana and Iowa. A fate that had already befallen Maryland and Pennsylvania as whiskey production immigrated west across the Appalachians. Had it not been for Prohibition Kentucky may not have risen to reclaim its whiskey crown. Which raises a provocative question …

What if there had been no Prohibition?

Some ‘what if’ questions are merely idle speculation. This question does have some interesting implications on how American whisky would have evolved and whether Kentucky would be the bourbon capital today. Bourbon blog may have had more affinity with Iowa or Missouri than Kentucky. It is easier to predict the macro consequences of a no Prohibition history. In all probability American whiskey would have dominated the global market, not Scotch.  European spirit companies would not be the world’s leading liquor corporations, they would be American. Whilst history cannot be rewritten, it is does offer a tantalizing glimpse into the future of American whiskey, a picture of a phoenix rising.

To answer this question it is necessary to take stock of the industry prior to the destructive effects of the Prohibition. A good benchmark is to compare American whiskey with the Scotch industry and see how their histories separated.

By the end of the 19th century America was the world’s leading whiskey producer serving a population of 76 million. Great Britain had a population of 38 million, with an Empire of expatriates to help fuel its export demand. Both countries started exporting through distributors in the 1870s. Sterling Distillery (Illinois) was probably the first major American exporter of whiskey to Europe and South America. At America’s export peak after the turn of the century 1 million gallons were being shipped overseas a year (0.25% of total volume), for domestic demand absorbed maturing inventory. Whereas Scotch was shipping this volume alone to Australia, its leading overseas export country (3%, with 20% shipped to England). Dalmore distillery was probably Scotland’s first exporter when it followed the Scots dispora to the British colonies of Australia and New Zealand in the early 1870s.

America could lay claim to the greater number of distilleries (270 versus 161 in Scotland by 1900) and also the world’s largest distilleries. Large distilleries were being built in the mid West, not Kentucky or Tennessee – the American center for whiskey production by the 1880s was located in Peoria Illinois. The largest distilleries that once led world output are now extinct, names such as International Distillery (Iowa), Sterling & Monash distilleries (Illinios), the Independent, Majestic & Wabash distilleries (Indiana), all victims of Prohibition. During the late 19th century these new distilleries and others were following the cereal and cornfields west as far as Nebraska, south to Oklahoma and north into Minnesota.

It was a time of transformation with distilling technology rapidly changing the industry. This created divisions on matters of quality and definition when blending. American whiskey was divided between rectifiers and distillers. The Scotch industry was divided between grain and malt distillers. A great part of the controversy was the different quality of spirit coming off the new continuous stills (24 times the volume, higher alcohol level & lighter in taste), versus the traditional pot still. Coopering and barrel maturation practises were also being revolutionized through mechanization and new warehouse construction and racking methods. The US Government’s tax deferral in 1894 encouraged longer aging through the Bonded in Bottle Act; whereas Scotch did not even have a minimum age requirement until 1909 – that was forced on them by a 1906 Australian spirits law that set a 2 year minimum age and laid down the definitions of age claims to prevent dumping young spirit when over production occurred.

The second half of the 19th century was a period of great structural change in US distilling not only in technology, but in agricultural production, plant hybridization, packaging, transport systems and marketing. Distilling was moving west with the cultivation of corn. Evidence of this change could be seen in America’s drinking habits. By the 1880s bourbon whiskey started to pass rye whiskey as the most popular style.

The Prohibition movement became politicised in the 1880s too just as the American whiskey industry stood to conquer the world. Cities, Counties and States were being declared dry. By 1900 the relentless creep of Prohibition had closed half the distilleries operating since the 1870s. Half the States had enacted Prohibition. When Prohibition was declared nationally in 1920, the US whiskey industry to all intense purposes ceased to exist, but for a half dozen medicinal whiskey licenses. When Prohibition was repealed in 1933 not only was the liquor infrastructure destroyed but America was in the decade long Great Depression. Distilleries slowly began to be re-established only to stall again with the outbreak of World War II. In 70 years, from the time Kansas was the first State to put Prohibition into its State Constitution in 1881, until the late 1940s, the American whiskey industry has been under social, political and economic siege.

Had Prohibition never existed how would the American whiskey industry have evolved?

Whiskey is product influenced by its terrain. Its character is shaped by the soil, water, climate and the local cereals; even the presence of natural yeasts, and in America’s case the indigenous oak wood used to mature the spirit, all contribute to the distinctiveness of flavour. Rye was suited to the climate and soil along the Atlantic States. As pioneers crossed the mountains into the western lands the conditions suited the cultivation of corn. Whiskey-making techniques continued to adapt to the changing environments, using new farming practises and employing new technologies helped both improve the sensory qualities and the economics of whiskey making. This suggests that a greater variety of whiskey styles would have likely developed by using different grain bills, fermentation methods, yeasts and even wood techniques for barrel maturation to produce greater variation. The Rockies and North Western States could have produced malt expressions as barley is more suitable for cultivation than corn. California may have specialized in a wheat whiskey. Certainly, whiskey production would have been more widely distributed and not concentrated around the Kentucky and Tennessee as the dozen large distilleries are today.

Instead they may have developed regional whiskey styles as Monongahela rye was credited with in the early 19th century and Tennessee‘s Robertson County whiskey was after the Civil War. Early signs of regional whiskey are appearing with the recent rise of the boutique whiskey distillers. Dozens of micro-distilleries have recently been established across the US, from Massachusetts on the East Coast, to Texas in the Gulf, Colorado to the West Coast States of Washington and California. It stands to reason that over time provincial characteristics will emerge impregnating the whiskey to produce sufficient varietal nuances to create new whiskey niches and styles.

Prohibition erased 13 years of legal alcohol from the records. Upon Repeal the slate was clean. The rules and definitions on alcohol making and selling had to be rewritten. Using the precedents of the 1906 Pure Food Act whiskey was given greater definition. Interestingly, this presented an opportunity for the timber industry and coopers union, with support from the distillers to directly shape the future of bourbon by lobbying the Government. The 1935 Federal Alcohol Administration Act mandated bourbon to be made in charred, new American oak containers. Without Prohibition the imperative to legislate on barrel standards may not have happened. Scotch and other whisky nations do not require new oak, using both European and American oak, with most barrels previously used to age fortified wines and bourbon.

One of the side effects of when American whiskey disappeared was that the American drinker during Prohibition was weaned towards neutral spirits (gin, rum) and to lighter whiskey styles, such as the smuggled Canadian whiskies. Even today 68% of the whiskey volume drunk in the US is blended, with 52% coming from the less assertive Canadian and Scotch whiskies. Only 32% of the whiskey drunk is straight bourbon and Tennessee whiskey.

Probably one of the greatest industry setbacks was the loss of knowledge and consequent innovation that was lost to successive generations. This loss diluted technical learning, new distillery development and market growth opportunities, setting the industry backwards and onto a different trajectory. While some distilleries would have respected the traditional methods of the past, as they do today, many others would have continued to experiment and explore new facets of whiskey making and product development.

Innovation has been a hallmark of America’s whiskey progression. American distillers have exhibited a long history of experimentation from still design, grain recipes, to barrel maturation to charcoal filtering. It is not an industry ossified by clinging to the past, but seeks new and more interesting expressions to excite the senses. It is this quest that has led to single barrel (Blanton’s), small batch (Beam range), different woods & finishes (Woodford Reserve), different grain bills (Old Potrero rye, Maker’s Mark & wheat, to Woodford Reserve 4 grain), spiced and liqueur whiskeys (Red Stagg, Mr Boston & Wild Turkey), to white whiskey (Frost 8/80) and peated malts (Wasmund’s). Compared to the Scots, Canadians and Irish the American industry is brimming with experimentation and discovery.

It is sobering to reflect that the American whiskey industry is still trailing the volumes it produced one hundred years ago. In 1911, less than 9 years before national Prohibition the US hit peak production at 400 million gallons. Today, that figure stands at around 350 million gallons. This resurgence is evidence that the American whiskey Phoenix is again rising, reborn from the ashes of the Prohibition.

BourbonBlog.com thanks Chris Middleton for sharing this content. Chris Middleton is a friend of Jack’s and a drinking acquaintance to Jim, Johnnie and all the good whiskeys around the world. Chris lives a charmed life in the world of whiskey and beverages, having recently worked as the global account director for Jack Daniel’s where he spent many enjoyable and learned years with one of the world’s greatest brands and in the company of many wonderful people. He now lives in Australia, surprisingly the highest capita consumers of American whiskey where he writes about whiskey/whisky, advises on brand strategy and is working on distilling a new and distinctive whiskey, an Australian whisky. But that’s another story, for another day