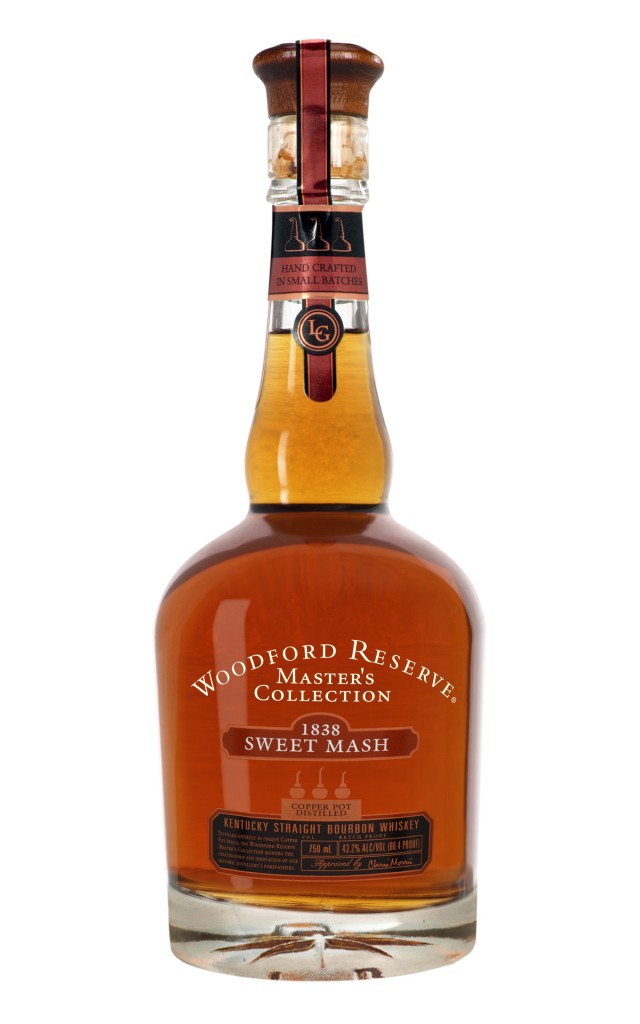 Woodford Reserve is reviving a long-abandoned bourbon production practice with the release of the third whiskey in its award-winning Master’s Collection series, 1838 Sweet Mash. Kentucky’s signature industry is famous for its sour mash whiskies, and the Woodford Reserve 1838 Sweet Mash is an exception with this revival of a historic technique.

All bourbon whiskies are traditionally crafted using a sour mash process in which ingredients – grains, yeast and water — from a prior distillation (referred to as spent mash) are introduced into a new mash mixture. The result is a sour mash which is fermented for several days before being distilled. Sour mash ultimately creates a more consistent product with less variation from batch to batch. Sweet mash, however, was the original production practice established to craft bourbon whiskies, and it consists of using entirely fresh ingredients – grains, yeast and water – to create a mixture which will be fermented for several days and then distilled. This process gives the mash a higher pH level and reveals a layer of aromas and flavors which aren’t commonly found in sour mash bourbons.

“We believe that this is the first bourbon of its kind to be bottled in 150 years, or certainly since Prohibition,” said Wayne Rose, brand director for Woodford Reserve. “Bottling sweet mash was the original standard for bourbon production until the sour mash process came along, and Woodford Reserve is honored to release 1838 Sweet Mash as a tribute to the industry’s heritage.”

1838 Sweet Mash is the third in the Woodford Reserve Master’s Collection series following the Four Grain bourbon and Sonoma-Cutrer Finish products. Released periodically at the master distiller’s discretion, the Master’s Collection whiskies are extremely limited in quantity, bottled only once and feature a package inspired by the copper pot stills of The Woodford Reserve Distillery. 1838 Sweet Mash celebrates the founding year the present-day Woodford Reserve Distillery was constructed and commemorates the end of the sweet mash bourbon-making era.

The inspiration for the Master’s Collection is rooted in The Woodford Reserve Distillery’s rich history and traditions. In the mid-1800s distillery owner Oscar Pepper and Master Distiller James Crow studied and recommended using key processes like sour mashing and charred barrel maturation at the historic Woodford County distillery. These practices are still maintained in the bourbon industry and, today, the distillery receives more than 80,000 visitors annually and is the only one in America to triple-distill bourbon in copper pot stills.