Today is National Bourbon Day, join us to celebrate with a Bourbon whiskey!

﻿Belfour is adding Small Batch Straight Bourbon Whiskey to its portfolio of whiskey known as The Spirit of Champions.
This celebrity whiskey brand is led by Hockey Hall of Famer Ed Belfour and they have already released rye whiskeys and also a Bourbon Whiskey Finished With Texas Pecan Wood. 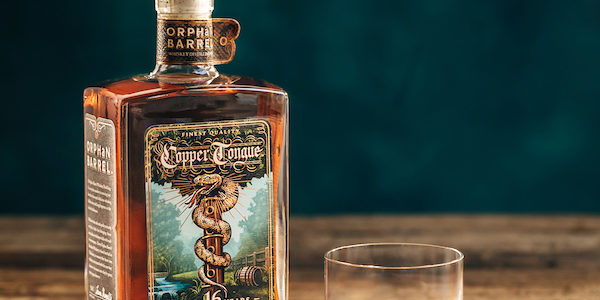 The new Copper Tongue 16-year-old Straight Bourbon Whiskey from the Orphan Barrel Whiskey Distilling Co hails from the historic Cascade Hollow Distillery in Tullahoma, Tennessee – where George Dickel is made.

Angel’s Envy Kentucky Straight Bourbon Whiskey Finished in Madeira Casks will be a limited edition whiskey as part of Cellar Collection from the Angel’s Envy Distillery in Louisville, Kentucky. Here is what it tastes like and how to get a bottle.

Casa Noble Tequila is reintroducing their ultra-premium line of tequila expressions, with refined expressions of the Tequila itself and sleek updates to the signature packaging including Blanco, Reposado and Añejo Tequilas.

﻿Kentucky Derby 147 winner Medina Spirit failed a post-race drug test. Hall of Fame Trainer Bob Baffert denies any wrongdoing and and calls a “complete injustice” and “the biggest gut punch in racing for something I didn’t do.”

Louisville-based Buzzard’s Roost Sippin’ Whiskeys, known for their innovation in rye whiskey and work with cooperages, and has already won three gold medals at the San Francisco World Spirits Competition. They recently earned top recognition for Buzzard’s Roost Toasted Barrel Rye, which received a Double Gold, and Buzzard’s Roost Barrel Strength Rye, which earned a Gold. This is the second year to compete against some of the most renowned distillers in the world